47 London buses covering two routes will be fitted with ISA technology as part of the second major trial of the system in the UK capital. More than 1,800 people have been killed or badly hurt by London buses over a five-year period. The move has been welcomed by pedestrian campaigners. Leon Daniels, Managing Director of Surface Transport at Transport for London, said: ‘Intelligent Speed Adaptation improves road safety by reducing incidences of speeding for all road users, allowing drivers to focus on looking […]

The French interior minister Bernard Cazeneuve has announced a two-year trial of a lower 80km/h limit on roads with no central separation, down from 90 km/h. The test will be conducted on three stretches of road, covering a total of 81km. The move was part of a package of measures announced in January in response to a rise in deaths on French roads of 4% last year. Victims groups have been calling for all 90km/h limit roads to be reduced to 80km/h, a measure […] 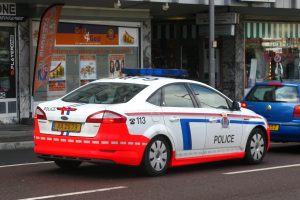 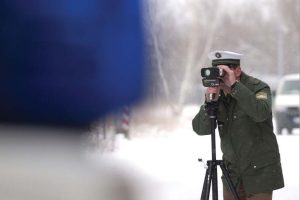 Provisional results from the first pan European 24-hour speed enforcement marathon have been released by TISPOL, the European Traffic Police Network. 18 out of 22 countries have now provided data. So far, a total of 122,581 speeding offences were detected over the 24 hour period covered.  Of these, 116,479 offences were detected by police officers, with 6,102 detections using automatic devices. A total of 4,352,234 vehicles were checked during the exercise. The countries who have provided data so far are: Cyprus (350 offences); Germany […] 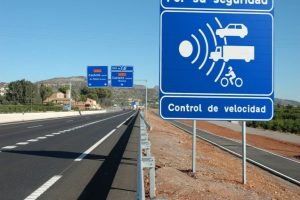 Rules for sharing information on traffic offences committed by drivers of foreign vehicles will apply to all EU countries from 2017. The extension of the existing rules to include the United Kingdom, Ireland and Denmark is the main change brought about by the new cross-border enforcement directive adopted by Transport ministers last month. The vote followed a preliminary deal reached with the European Parliament in December and a parliament plenary vote on 11 February. Member states must incorporate it into their national laws by […] 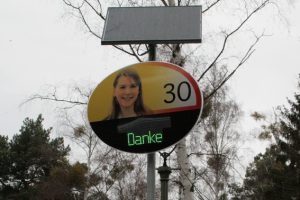 Germany’s Federal Transport Minister Alexander Dobrindt has announced legal changes that will make it easier for local authorities to implement 30km/h zones. So far the limits have been restricted to residential areas, but the changes should make it easier for local authorities to set 30 km/h zones along main roads where schools and kindergartens are situated. Until now this has only been possible in the case where it has been proven that the site is high-risk. There has been pressure from state transport ministers, […] 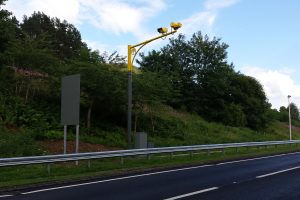 Two separate studies of the impact of time-over-distance cameras (also known as ‘section control’) in Belgium and Scotland have shown considerable safety benefits. According to the Scottish data from a system installed on the busy A9 highway, excessive speeding – where drivers were tracked travelling at more than 10mph above the speed limit – has fallen by 97%. In Belgium an impact assessment by TM Leuven of a system installed on the E40 motorway found that collisions were reduced by some 15%. The researchers […] 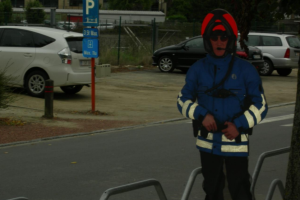 A pilot project in the Belgian town of Zaventem has found that life-sized, two-dimensional dummies of police officers or police vehicles had a significant positive effect on cutting speeding, and also reduced average speeds. The experiment, run by local police, but assessed by ETSC’s member the Belgian Road Safety Institute (BIVV-IBSR), found that the number of speeding violations were cut in half during the time that a dummy had been placed at a high-risk site but went up again when the dummy was removed. […]

New safety technologies could play a major role in bringing the numbers killed on European motorways down, according to the European Transport Safety Council (ETSC), authors of a new report published today. The new analysis of developments in motorway safety shows that, despite recent progress, around 1900 were killed on motorways in the EU in 2013. The report cites figures from several countries showing that up to 60% of those killed in motorway collisions were not wearing a seatbelt. The authors call on the […] 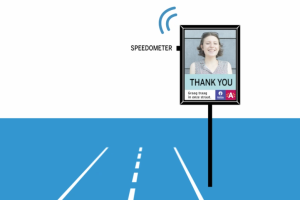 In a creative bid to cut urban speeding, the Belgian city of Antwerp has developed digital signs featuring happy and sad ‘selfies’ of city residents.  Members of the public can upload two portrait photos to a special website, which are then used on warning signs. Drivers get a smiley face to say thank you for not speeding, or an angry face if they have exceeded the limit. See: BBC 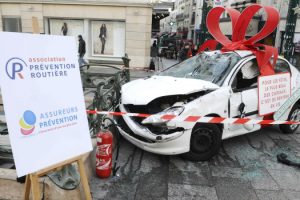 A coalition of scientists, safety campaigners and environmental groups in Italy is calling for national and European action to introduce Intelligent Speed Assistance (ISA). The group warns that Italy has a higher share of urban road deaths than the EU average and that half of those killed are pedestrians and cyclists. The appeal also says that the necessary technologies, notably GPS and electronic engine control have become so widespread as to make the barriers to introduction ‘obsolete’. Appeal website (website in Italian, appeal text […]

Milan is the latest European city to announce plans to introduce 30 km/h zones. The new limits will start to be introduced by March according to an announcement last month. The city’s move reflects growing acceptance of the lower urban speed limits in cities and countries across Europe. The changes follow a decision by the city council of Edinburgh, the Scottish capital, to extend 20 mph (32 km/h) zones to cover some 80% of the city’s streets, including the entire city centre.  Paris also […]

Spain’s highest government advisory body, the Council of State, has asked the Spanish government to reconsider plans to increase the speed limit on some parts of the motorway network to 130 km/h, saying that it could lead to a higher rate of collisions. The Council also criticised the proposal for failing to take into account the cost of changing speed limit signs, and said the move would lead to a decrease in risk awareness among drivers. The Spanish association of road accident victims also […] 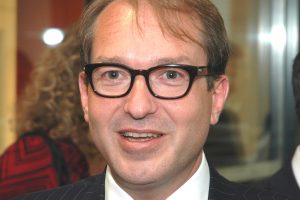 Alexander Dobrindt, the federal transport minister, has ruled out putting an end to unlimited speeds on some parts of the German motorway network despite evidence that death rates are higher on sections without limits. In an interview published in Bild – accompanied by a picture of the minister reclining on the bonnet of his BMW – Dobrindt said, “German highways are among the safest in the world.” But ETSC’s German member DVR said last year that deaths are 25% higher on stretches of Germany […]

Belgian government says ISA plan will be published this month

The Belgian minister of mobility Jacqueline Galant says the government will announce a plan for development of Intelligent Speed Assistance (ISA) in Belgium later this month, though details are scarce. The plan was part of the coalition government agreement signed last year, as ETSC has previously reported. A poll by Touring, a Belgian motoring organisation, found 75% of those surveyed would support a system that warns drivers when they exceed the speed limit. The Belgian Road Safety Institute (BRSI), an ETSC member, says 51 […]