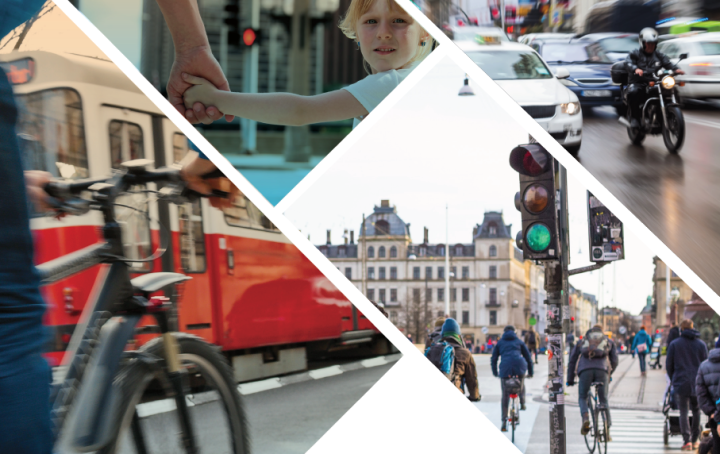 Cities and towns are home to 72% of the population of the European Union. These are the places where the majority of journeys begin and end.

These urban centres face multiple, often conflicting needs and challenges when it comes to managing the way people and goods move around. The nature of these challenges is also evolving.

Urban populations are increasing, the population is ageing, people are being encouraged to walk and cycle more as concerns over congestion and air pollution move up the political agenda. New forms of mobility are popping up increasingly.

Road safety is not always the top priority. As this report will show, deaths and serious injuries on urban roads are not declining as fast as on other types of roads in many countries.

Another related trend is that deaths of vulnerable road users are not declining as fast as those of motor vehicle occupants. In urban centres, the statistics are stark, 70% of reported road deaths are pedestrians, cyclists and power-two-wheeler (PTW) riders.

While new vehicle technologies such as Intelligent Speed Assistance (ISA), Automated Emergency Braking (AEB) with pedestrian and cyclist detection and turning assistance systems on heavy goods vehicles may help reduce these numbers in the future – it will take decades for the full benefits to become apparent.

In the meantime, it will be up to national and local authorities, with support from the European Union to address the main causes of deaths and serious injuries on roads in our urban centres. Infrastructure changes will be central to this challenge, but enforcement of speed limits, drink-driving laws and other key risk factors are also crucial.

Cities can be dynamic and innovative environments. Many have welcomed the dazzling array of new mobility options that have launched in just the last few years. Shared bicycle and e-bicycle schemes, shared e-scooters that can be left anywhere, app-based taxi services, bicycle and motorcycle food delivery companies – these are just a few of the services that have developed increasingly over the last decade. But policy and regulation are slow to catch-up. Most countries do not have clear laws about where and how e-scooters should operate. None collect consistent data on serious injuries and deaths involving these vehicles. That must change.

Innovation can also be harnessed for the purpose of improving the safety of the people who live and work in cities. There are towns and cities in Europe that are getting close to Vision Zero or have a clear strategy on how to get there, but they are few and far between. In most European cities and towns, the transport modes that cause the least risk to other people, i.e. walking and cycling, carry the highest risks for those that use them. What can be done to make our urban roads safe for all road users, not just those in cars fitted with the latest safety technology?

This report analyses the latest data urban road safety across the EU and other countries that form part of the ETSC Road Safety Performance Index (PIN) programme. It looks at progress in reducing deaths on urban roads, and how that progress compares to progress on other road types. Part II looks at serious injury data, still an often overlooked issue despite the life-long challenges that such injuries can cause.

Part III looks at the main risks, and how urban areas can overcome them. Throughout the report we have included case studies and other input from national and local authorities that are tackling these issues. It is clear that the problems can be addressed with the right political leadership, resources and energy. But while the EU, national governments and other actors can help provide the knowledge, finance and guidelines to implement the necessary changes, it will often be up to local authorities to implement them effectively. 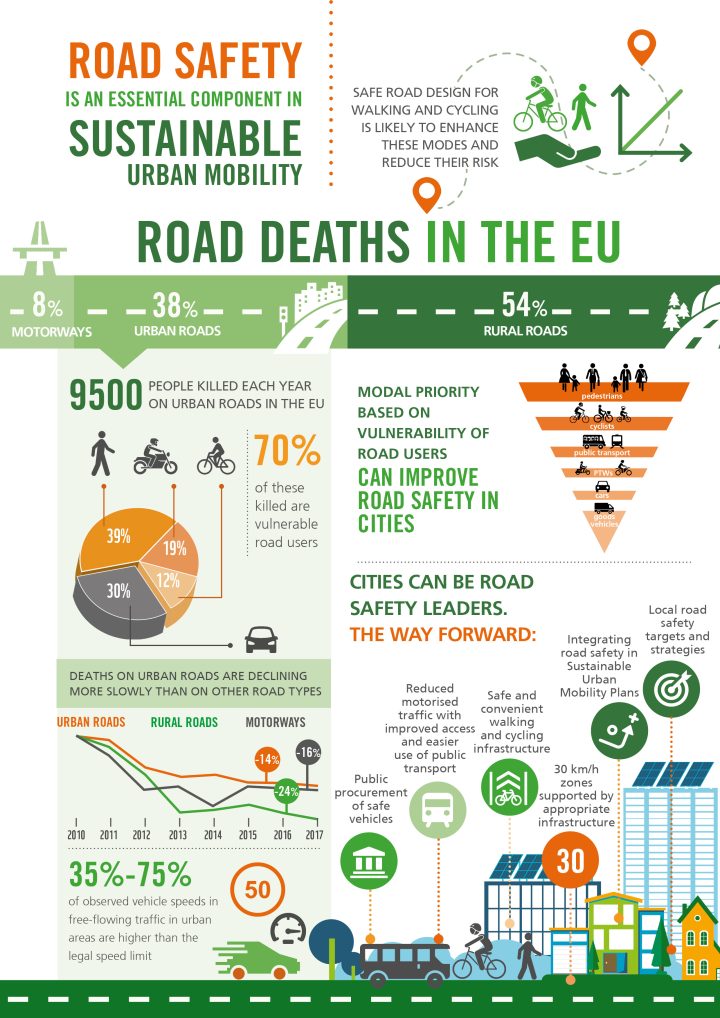