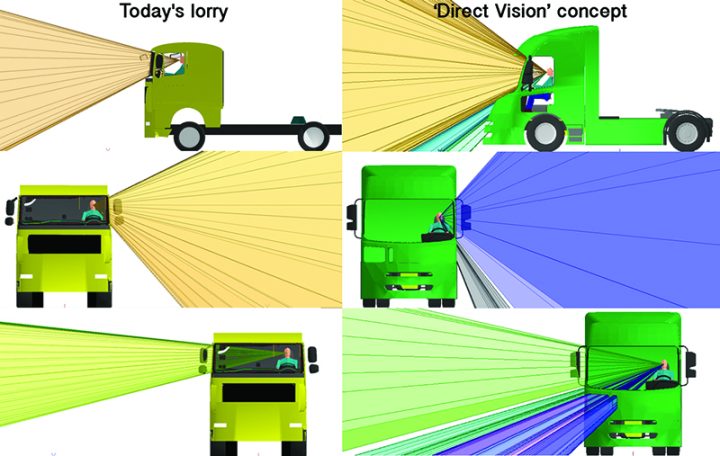 ETSC has joined with a group of European cities and organisations to call for the introduction of a European direct vision standard for HGVs as part of the European Commission’s upcoming revision of the General Safety Regulations and Pedestrian Safety Regulations.

The joint letter, sent to Commission President Jean-Claude Juncker today, asks for the inclusion of a number of measures to help eliminate most blind spots in the vehicle cab. These include the elimination of the blind spot at the front of trucks and a significantly reduced blind spot on the passenger side. The letter also calls for a differentiated approach based on the type of truck, so that safer vehicles can be introduced in urban areas as soon as possible.