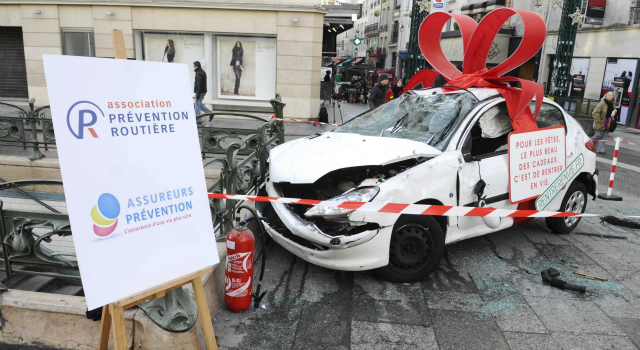 The French government has announced more than twenty new road safety measures following the first national rise in road deaths in over a decade.

The number of deaths on French roads rose by 3.7 percent – to a total of 3,388 people – in 2014, according to figures released by the Interior Ministry.

Vulnerable road users were disproportionately affected with pedestrian deaths rising by 8 percent and cyclists by 7 percent.

The measures announced include a plan to reduce the speed limit on some single-lane roads from the current 90km/h to 80km/h, though that measure had already been put forward last year.

In a headline-grabbing move, the government said headphones connected to mobile phones would no longer be legal. However, it was revealed that wireless headsets would still be permitted.  ETSC has repeatedly warned that research clearly shows how handsfree systems of all kinds fail to address cognitive distraction, and can increase risk to the same level as drink driving.

In a welcome change, the legal alcohol limit for new drivers will be reduced from 0.5 grams per litre to 0.2 grams per litre. This measure is particularly aimed at the 18-24 age group, in which alcohol was responsible for a quarter of deaths between 2011 and 2013.

The government also said it would improve enforcement by increasing the number of safety cameras at traffic lights and make existing safety cameras bidirectional.

ETSC’s French member Association Prévention Routière welcomed the changes, saying it was ‘important’ that the government responded to the deteriorating road safety situation in France.