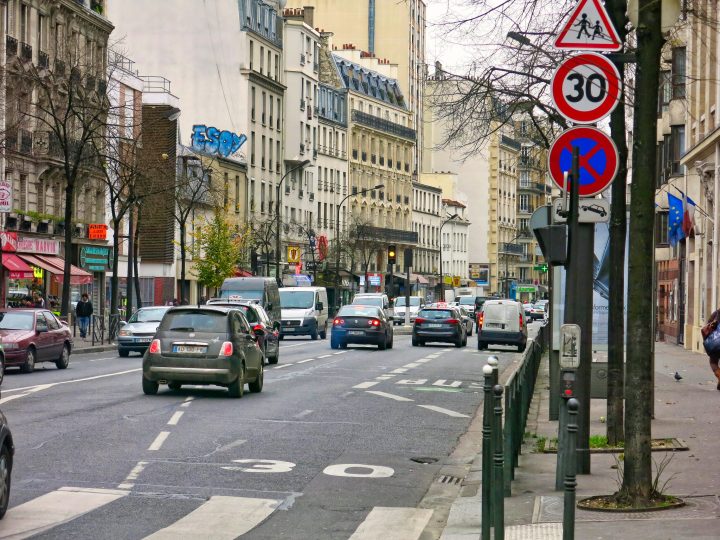 The city of Paris will extend 30 km/h limits to cover the entire city from 2021, and has launched a public consultation on the measure.  The move puts into effect an election promise of the mayor Anne Hidalgo.  Paris has had 30 km/h limits covering a wide area for several years, but it will now be the default speed everywhere except the ring road and pedestrianised areas.  Grenoble, Lille and Nantes have made similar moves to 30 km/h default limits in recent years.

In neighbouring Spain, the government has said it is taking the next steps towards a legal change that could see urban road speed limits reduced to 30 km/h or lower across the country by next year.  Discussions are also ongoing in the Netherlands about reducing default urban speed limits.

The city of Bilbao has announced that it will be the first city of more than 300,000 inhabitants to have a 30 km/h limit across the entire city.  Almost 90% of the city’s streets already have the lower limit, but the remaining 50 km/h streets will now see 30 km/h put in place.

Brussels, the Belgian capital, will also move to 30 km/h across the vast majority of streets from 2021.

In all cases, city authorities cite multiple benefits from the move including increased safety, reduced pollution and making urban centres more friendly to cyclists and walkers.

ETSC has argued for many years for 30 km/h limits in areas with large numbers of pedestrians and cyclists, near schools and in residential areas.  The most effective schemes involve infrastructure changes that encourage speed compliance as well as appropriate enforcement.