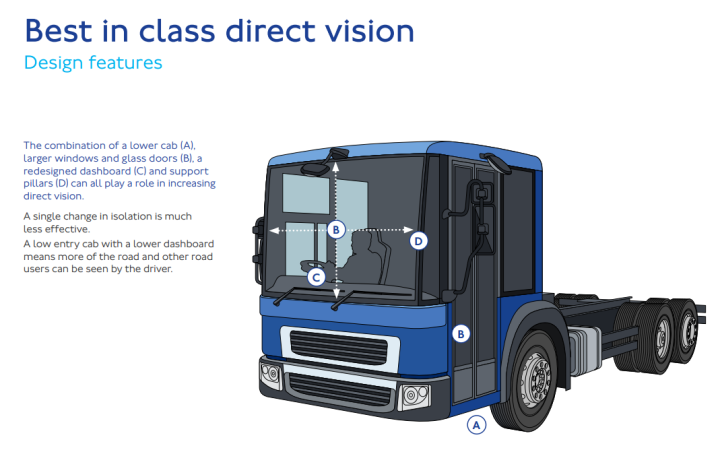 In a move designed to boost the safety of cyclists and pedestrians, the Mayor of London, Sadiq Khan has announced a new star rating scheme for lorries that could see vehicles with severe blind spots refused access to the city centre.

The proposals state that the most dangerous, zero star-rated ‘off-road’ HGVs will be banned from London’s streets entirely by January 2020, and only HGVs meeting the new London Direct Vision Standard of 3 stars or above will be allowed by 2024.

Lorries will be star-rated ranging from ‘best in class’ (those using features like low-entry and remodelled cabs to drastically reduce blind spots), to ‘not suitable for urban environment’ (those construction vehicles designed for off-road use with drivers high up in the cab making blind spots nearly three times larger).

The changes follow a spate of high profile fatal collisions involving lorries and cyclists in the city centre in recent years. The city has been running a number of voluntary fleet safety initiatives, but the new standards would apply to all vehicles. The plan will be subject to a public consultation exercise in the coming months.