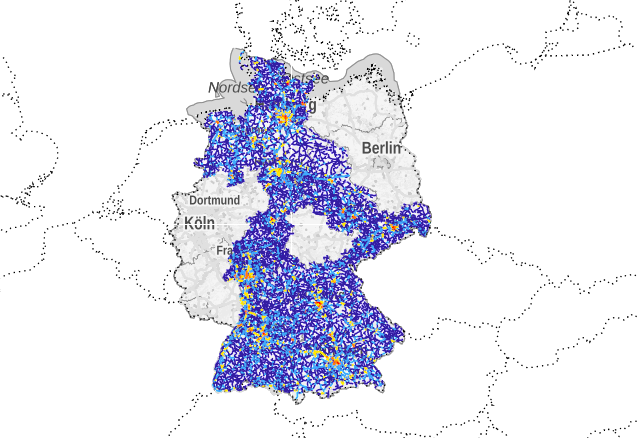 Germany’s Federal Statistical Office has launched an interactive map of traffic collisions.  The website enables citizens and researchers to see road sections and sites where most collisions occurred on roads across Germany.

The map shows only those incidents involving injuries and where the police were called.  Filters are available to show, for example, collisions involving bicycles or passenger cars and for minor or serious injuries.

The “accident atlas” contains information from the statistics of road collisions for the years 2016 and 2017. However, the site will initially only include data from nine of Germany’s 16 federal states, as not all states record geographical data. The atlas will be extended to include the other states when their data become available.

3,180 people died in traffic collisions in Germany in 2017 according to official statistics, which equates to an average of nine every day.

France made its database of traffic collisions available for download in a similar initiative in 2015.  The UK also makes its data available and they have been integrated into third party websites such as www.crashmap.co.uk. An interactive map of data from the Netherlands is also available.