The Spanish government is planning to lower the drink-driving limit for professional and novice drivers to 0.2 g/l – down from 0.3 g/l. The move would bring Spain into line with several other countries – as it is currently the only country with a 0.3 g/l limit for any class of driver.  In Europe, novice and professional drivers are often subject to lower limits than other drivers – and many countries have zero tolerance for these groups, or for all drivers.   https://etsc.eu/blood-alcohol-content-bac-drink-driving-limits-across-europe/ 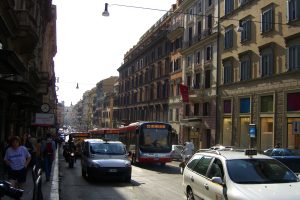 Changes to road safety laws in Italy could lead to the introduction of alcohol interlock programmes for drink driving offenders, as well as updates to numerous road safety rules. The new legal proposal to introduce alcohol interlocks came from the CNEL, a state body with the power to propose new legislation, and has been presented to the two houses of the Italian parliament, marking the first step on the road to adoption. Meanwhile long-running proposals to update an array of other Italian road safety […]

Collisions caused by drink-drivers who only use alcohol, and drug drivers differ in terms of timing and types of accidents and it is common for drug users to use several intoxicants at the same time according to new research by the Finnish Crash Data Institute (OTI), an ETSC member. The latest OTI substance abuse report looked at fatal collisions investigated in Finland over the period 2014–2018 and drivers who had been driving under the influence of alcohol or drugs or both. The investigators found […] 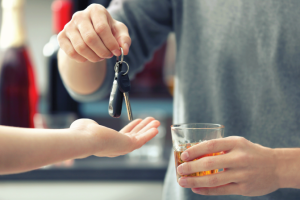 ETSC has launched a short video explaining why the EU needs a common drink-driving limit set at zero. Watch/share on YouTube and Twitter.

Croatia increases penalties for drink-driving and other traffic offences

The Croatian parliament has passed amendments to the law on road safety foreseeing higher penalties for traffic offences. According to the changes, agreed earlier this month, eight of the most serious offences will incur a fine of HRK 15,000 (EUR 2000) and HRK 20,000 (EUR 2700) instead of HRK 5,000 (EUR 675) and HRK 10,000 (EUR 1350) respectively as was the case until now. The fines apply to offences such as driving in the opposite direction on motorways, exceeding the speed limit by more […]

The UK will look at the feasibility of adding the use of alcohol interlocks to drink-driver rehabilitation programmes, it has been announced. The review of the policy measure will focus on how to ensure the technology is “both accessible and reliable” according to a statement on road safety plans published in July, just before the changeover to the new government led by Prime Minister Boris Johnson. There is already a good range of evidence from several countries that alcohol interlocks cut reoffending rates both […]

Vias Institute, one of ETSC’s Belgian members, has reiterated calls for a zero alcohol limit for novice drivers – as a survey showed most youngsters approved of such a move. Most EU Member States now have a lower Blood Alcohol Concentration (BAC) limit for novice drivers of 0.2 or below.  Belgium, along with Bulgaria, Denmark, Finland and Scotland have a limit of 0.5, the rest of the UK has a limit of 0.8. See ETSC’s latest list of BAC limits. According to an opinion […]

Analysis of who drink-drives highlighted in OECD report

A new OECD report New Directions in Data-Driven Transport Safety, has highlighted research carried out in the UK which could aid targeting of measures to reduce drink-driving. Ursachi et al. (2018) mined a police crash database for drink-drivers involved in collisions, and matched their home postcodes with a commercial geodemographic segmentation system called Experian Mosaic. The authors were able to categorise these drivers based on lifestyle factors.  The system offers insights on how to reach these groups through marketing channels: specific newspapers or magazines, […] 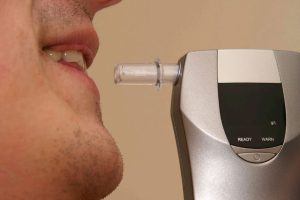 The Lithuanian parliament has passed legislation permitting the use of an alcohol interlock as an alternative to a driving ban from next year. Lithuania is the ninth EU Member State to introduce an alcohol interlock-based programme for rehabilitating drink-driving offenders. The Baltic country has made very significant improvements in road safety in recent years, with a 43% reduction in annual road deaths since 2010, the second biggest drop among EU countries. Since 2001, deaths have declined by 76%. Amongst other measures, the country has […]

A major conference of experts in road safety and traffic enforcement has recommended the introduction of alcohol interlock-based rehabilitation programmes in Germany. The recommendations of the 57th annual “Traffic Day” conference (Deutscher Verkehrsgerichtstag) included the suggestion of the scheme, as an alternative to a driving ban or withdrawal of the driving license, highlighting the educational benefits. The German Road Safety Council (DVR), ETSC’s German founding member, welcomed the recommendations. According to an opinion survey carried out by DVR last year, German drivers underestimate the […]

New data from France confirms the large overlap between drink and drug driving in fatal collisions. Among the 439 drivers that tested positive for drugs after being involved in a fatal collision in 2017, half (224) also had a Blood Alcohol Concentration (BAC) level above the legal limit in France of 0,5 g/l. The proportion is similar for non-fatal collisions. The figures were published in the latest road safety annual report from France’s national road safety observatory. The injury risk of drugs combined with […]

The German Road Safety Council (DVR), an ETSC member, says drivers are still underestimating the risks of drink-driving.  According to an opinion survey carried out for DVR by Ipsos in December, one in four respondents would drink one or two glasses of beer at a party within four hours and then drive home by car. DVR recommends a zero alcohol policy when driving.  “It’s best to stick to a clear rule,” said DVR Chief Executive Christian Kellner. “Those who drive, don’t drink; those who drink, […]

The United Kingdom is now the last EU Member State with a general blood alcohol limit of 0.8g/l, following a decision by Malta to switch to 0.5g/l. Scotland lowered its drink-driving limit to 0.5g/l, in line with most of Europe, in 2014. The rest of the UK remains at 0.8 despite estimates for PACTS, ETSC’s UK member, that a move to 0.5 could save 25 deaths and 95 serious injuries every year. The new Maltese traffic regulations also set a 0.2g/l limit for drivers of […]

Drink-driving deaths in the UK have not decreased since 2010

New data on drink-driving collisions in the UK has been released by the Department for Transport. The figures for 2016, the latest year available, estimate deaths caused by drink driving at 230, a similar level to 2010. According to the research, the total number of collisions where at least one driver or rider was over the alcohol limit rose by 6% to 6,070 in 2016. In a 2017 report, ETSC’s UK member PACTS said that the UK government “does not appear to have a […]

Parliamentarians in the Czech Republic are considering tougher penalties for drink-driving. The leader of the CSSD party in the Parliament, Jan Chvojka is understood to be considering changes to the law that could include a lifetime ban for drivers that cause death while driving under the influence as well as longer prison sentences. The Prime Minister Andrej Babiš, who is from the ANO 2011 party in the coalition government with the CSSD, is reportedly supportive of the tougher penalties. The UK government said in […]

Automatic driving bans in Ireland for drink-drivers above 0.5g/l

The Irish parliament has approved tougher new penalties for drivers caught over the legal BAC limit of 0.5g/l. Under the new rules, drivers with a BAC between 0.5g/l and 0.8g/l will face an automatic three-month driving ban. The previous penalty for that offence was three penalty points, but no ban. The change in the law has faced a tortuous legislative journey after a handful of parliamentarians attempted to delay its adoption. Meanwhile ETSC’s Irish member the Road Safety Authority (RSA) has revealed that more […]