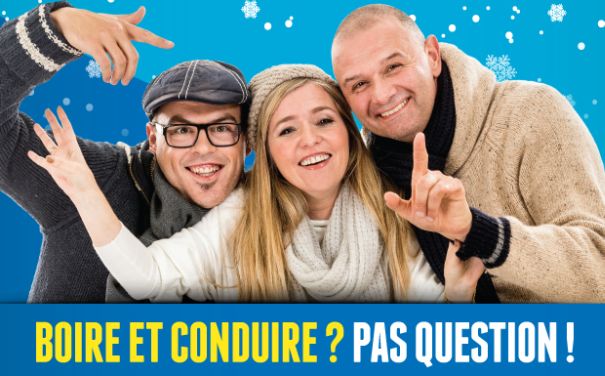 Road safety campaigners across Europe have launched their winter drink driving campaigns, as the UK marks 50 years since its first public awareness campaign on the issue.

Sikker Trafik, ETSC’s Danish member, has launched its winter drink driving campaign with a warning to drivers not to get behind the wheel if they are unsure of how much they have drunk. The call follows a new survey carried out for the organisation that showed 15% of drivers admitted driving while unsure of whether they had drunk too much.

IBSR, an ETSC member, says 200 people lose their life every year in collisions caused by a drunk driver. Its winter ‘BOB’ drink driving campaign, featured on posters, video clips and radio spots, urges people to keep an eye on their friends and prevent them from getting behind the wheel drunk – using a variety of amusing methods.