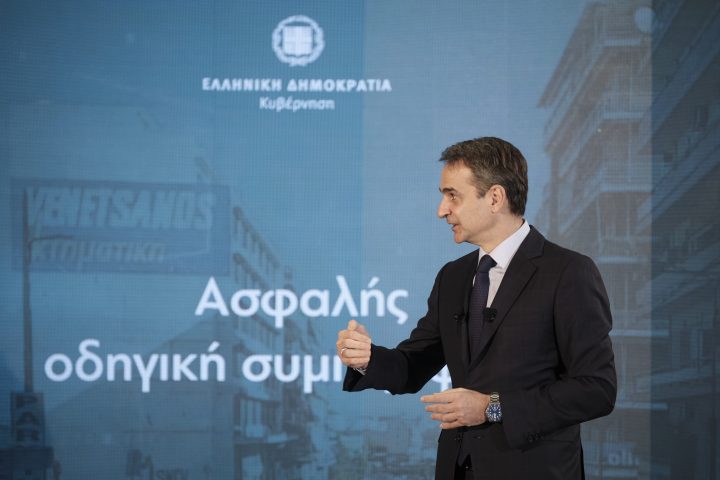 The Greek Prime Minister Kyriakos Mitsotakis launched an ambitious new national road safety action plan earlier this month.  At the heart of the proposals are a target to reduce deaths by 50% by 2030 and the development of a National Road Safety Strategic Plan 2021-2030 by the Ministry of Infrastructure and Transport.

Greece saw the biggest reductions in annual road deaths in the EU over the decade to 2019, with a drop of 43% compared to an EU average of 19%.  Though, as the strategy points out, some of this improvement can be attributed to the particularly severe economic crisis that hit the country. Despite this progress, Greece remains one of the EU’s worst performers in terms of road mortality (deaths per million population).

The new plan will be overseen by a Governmental Road Safety Committee and an Executive Committee.

The government highlighted new European Investment Bank funding for road infrastructure safety upgrades and a commitment to moving urban areas to a 30 km/h as well as work to improve the robustness of vehicle technical inspections and improved road safety education.

The announcement signals a higher priority on road safety from the government, which is also a partner in the European Union’s Road Safety Exchange Project, funded by the European Parliament, and run by ETSC on behalf of the European Commission.  In an online workshop in November, Greek, French and Spanish government experts joined forces to discuss the best ways of improving speed enforcement and motorcycle safety.

A presentation of the new Greek road safety plan in English is available on the website of the NTUA Road Safety Observatory.