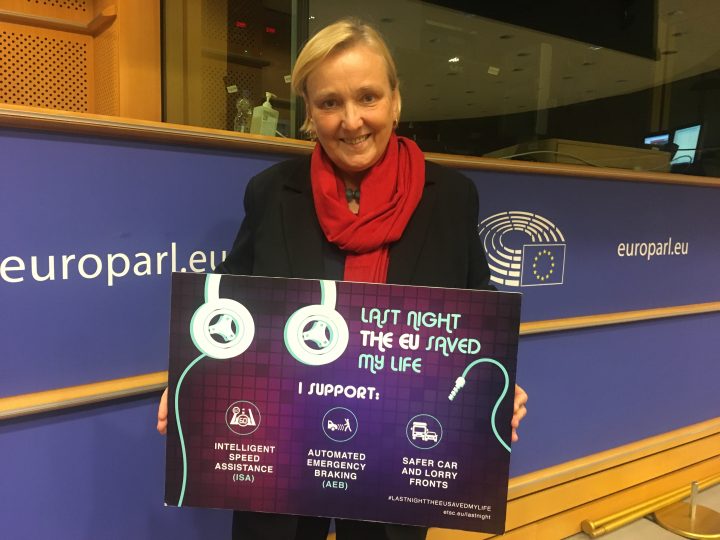 Government ministers from five EU member states, together with MEPs from the largest political groups in the European Parliament have lent their support to ETSC’s campaign for the EU to back the full range of vehicle safety measures proposed by the European Commission in May.

Last month, a coalition of automotive supplier companies, cities and groups campaigning for greater road safety (including ETSC) called on EU policymakers to give their full support to the proposed package of vehicle safety measures.

The coalition, representing €600 billion of annual sales and 5 million jobs in the automotive industry across the EU, together with city authorities, traffic police, safety and sustainability advocates, cyclists, pedestrians and victims groups, said the European Union should adopt the measures without delay and guarantee the safety benefits of the full package without deprioritising certain measures or further delaying the implementation of the draft regulation.

“The General Safety Regulation represents the next big step for the safety of Europe’s drivers, cyclists, and pedestrians. CLEPA strongly supports all the elements of the proposed text.

Jean Todt, The UN Secretary-General’s Special Envoy for Road Safety, has also pledged his support for the measures in a video statement.