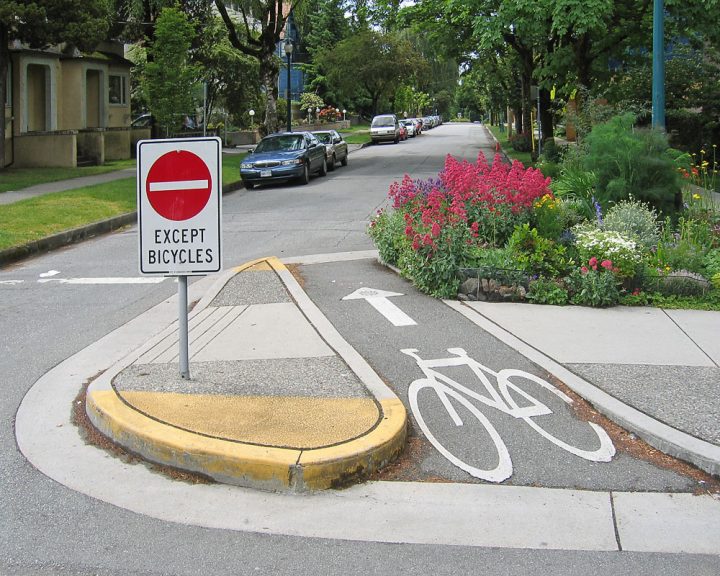 There are various reasons for cities’ traffic managers to use one-way traffic as a tool to organise traffic flows, including, among others, accommodating to the characteristics of the street (such as narrowness), increasing the availability of parking spaces and guiding traffic in a specific direction.

It is however suggested that cyclists are strongly negatively affected by one-way streets and more so than other modes of transport. This as detours would be more strongly felt by cyclists both in terms of relative extra distance as well as extra energy, and cyclists would have to take more risky alternative roads and intersections.

Introducing contraflow cycling would allow cyclists to ride against the traffic flow in a one-way street and thereby avoid the negative effects of one-way streets.

This briefing first looks into why streets with contraflow cycling are not riskier for cyclists than normal one-way streets. It subsequently sets out safety considerations regarding intersections, parked vehicles and crossing pedestrians which should nevertheless be taken into account. Finally, it provides an overview of recommended design principles for one-way streets with contraflow cycling.