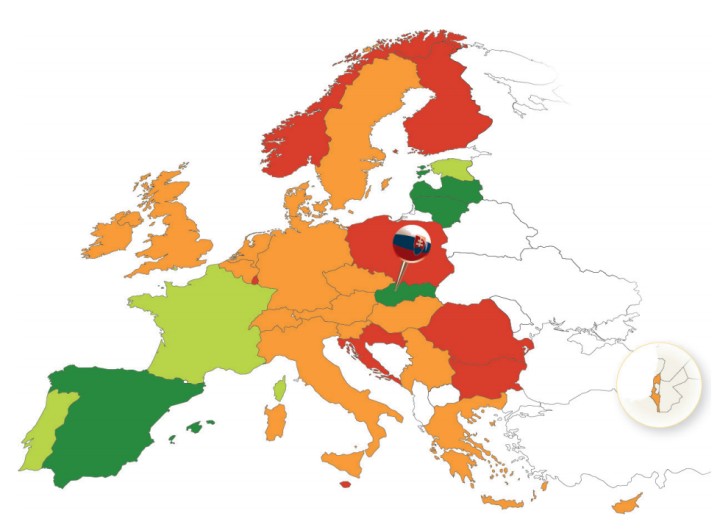 Numbers seriously injured not falling at same rate as deaths; call for EU target for 2020

Slovakia has made the most progress in saving lives since an EU target to halve road deaths by 2020 was set four years ago, according to analysis by the European Transport Safety Council (ETSC), authors of a new report.

Data for the period 2010-2013 reveal that Slovakia made a dramatic 37% reduction in total deaths of road users. The Slovakian government will receive an award in recognition of this progress at an event today (Wednesday 18 June) in Brussels hosted by ETSC.

Road safety has made headlines in Slovakia in recent days due to a bus collision on 6 June that caused the deaths of four teenagers and seriously injured a number of others.

“Today we are recognising the progress that Slovakia has made in recent years to improve road safety. But we are reminded by this recent tragedy that our collective responsibility is to work towards a day when deaths on the road are a thing of the past.

“We hope that recent events, and today’s award, will inspire new measures in Slovakia to improve road safety. We urge the government to introduce a penalty point system combined with increased enforcement of traffic laws, extend the speed camera network and require the use of alcohol interlocks for repeat drink driving offenders.”

Spain, Greece and Portugal also made excellent progress, cutting deaths by more than 30% over the same three-year period. In contrast, Finland, Serbia and Sweden only managed to reduce deaths by less than 5%, and in Estonia and Malta there were a few more deaths in 2013 than in 2010.

The report also shows that progress on reducing the number of people seriously injured on Europe’s roads has not matched progress on cutting deaths. But EU-led efforts to harmonise the data classification and collection process across member states is opening the way to setting an EU target for cutting the numbers seriously injured. So ETSC is repeating its call for this target to be set at a cut of 35% between 2015 and 2020. That is challenging but should be achievable for EU member states, according to ETSC. The European Commission is expected to come forward with wider proposals to tackle serious injury on the road next year.

The 8th annual ETSC Road Safety Performance Index (PIN) report is based on analysis of official data overseen by a panel of 32 road safety experts from the EU28, Norway, Switzerland, Serbia and Israel.