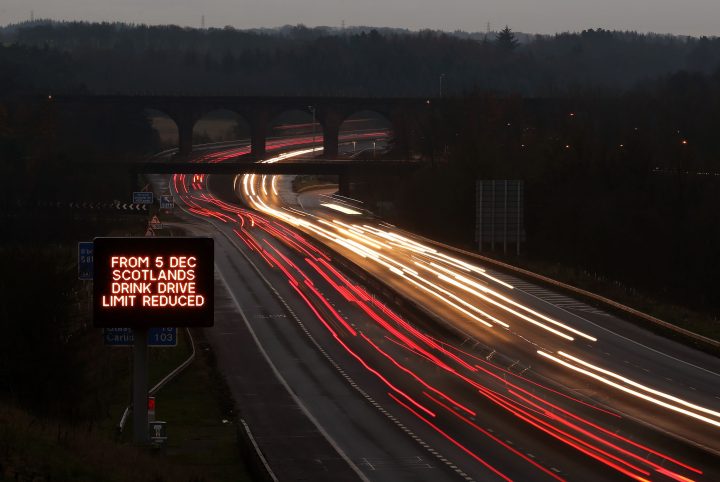 There have been renewed calls for a lower drink drive limit in England after a survey found that more than three quarters of people would support such a move.

Drink driving deaths in Great Britain have remained static since 2010 at 240 deaths a year, despite an overall reduction in fatalities.

Scotland reduced its drink driving limit from 0.8 g/l to 0.5g/l two years ago. Northern Ireland is set to follow soon.

“The number of deaths involving drink driving is stuck at 240 a year and the estimated total deaths in the past 12 months is only slightly lower than it was five years ago.

“We need to see stronger action on a range of fronts, particularly drink-driving which accounts for 13% of all deaths.”

The government said last month that it had ‘no plans’ to reduce the drink drive limit but a Ministry of Justice consultation is ongoing on whether or not to increase sentencing for convicted drink drivers who cause death or serious injury. The existing 14-year maximum sentence could be extended to life under the proposals.