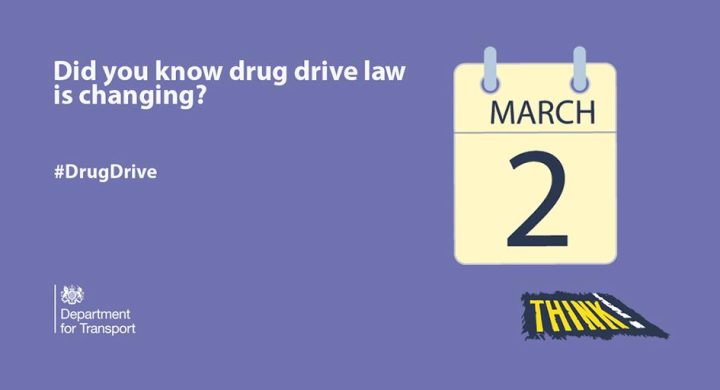 New rules aimed at stopping people driving while on drugs came into force in England and Wales last month. Police will be able to use “drugalyser” devices at the roadside with drivers facing prosecution if they exceed limits set for the presence of eight illegal drugs, including cannabis and cocaine, and eight prescription drugs.

The new rules supplement an existing law, under which it is illegal to drive when impaired by any drug. Drug drivers face a fine of up to £5,000, up to six months in prison and a minimum one-year driving ban.