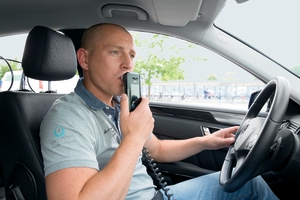 The first four years of an alcohol-interlock linked rehabilitation programme for drink driving offenders in the US state of Michigan has been a ‘significant success’, according to a new study.

The report showed that interlock programme participants have the lowest recidivism rates for operating under the influence of alcohol one, two and three years after the initial conviction for a repeat drink driving charge in comparison to the offenders who didn’t have to fit an interlock.

The research also found that 97% complied with the terms of the court order to fit the device, just 0.5% removed it and 1.2% tampered with it. Interestingly, participants in the interlock programme were also less likely to be involved in any type of crime compared to those who were not required to use the device.

Data from the US National Highway Transportation Safety Administration show that, in 2012, 31% of all fatal crashes involved a drink driver.

A Finnish report published in 2013, and also based on four years of data, showed a recidivism rate of just 6% when interlocks were used compared to the usual 30% rate in Finland.