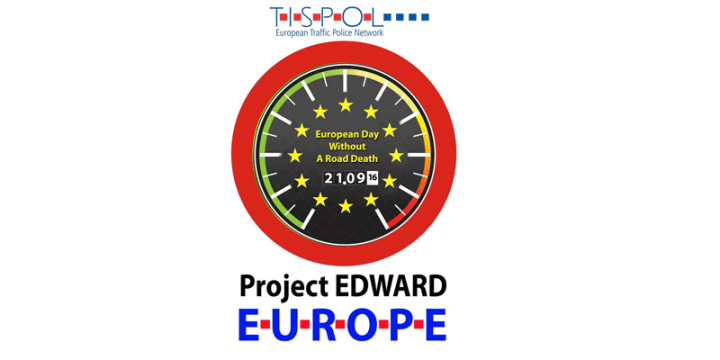 Results from the 2017 European Day Without A Road Death (Project EDWARD) have been published by TISPOL (the European Traffic Police Network).

The event was a major communications success, with 8,813 twitter posts over the 48-hour period around Project EDWARD day on 21 September.  The twitter messages reached 25 million people –  the 2016 figure was 19.5 million.  #ProjectEDWARD trended number 1 in Ireland, number 4 in the UK, number 5 in Germany and also in Spain and other countries during Project EDWARD day.

On Thursday 21 September 2017 (Project EDWARD day) there were 43 road deaths across 31 countries. The number of countries with zero deaths was 15.

Project EDWARD was introduced by TISPOL to run for the first time on 21 September 2016. As well as raising awareness of road safety issues, a key aim of Project EDWARD was to draw attention to the value of national and Europe-wide road safety targets.  The project is supported by the European Commission and organisations in 31 European countries.

“We are very grateful to everyone who signed the pledge, recorded a video, organised an event and assisted with spreading the Project EDWARD message.

“It’s time to take a look at how we can continue to innovate for Project EDWARD in 2018 and beyond… so we’re ready to talk to any organisations interested in working with us as we strive to make zero fatalities a reality on our roads.”