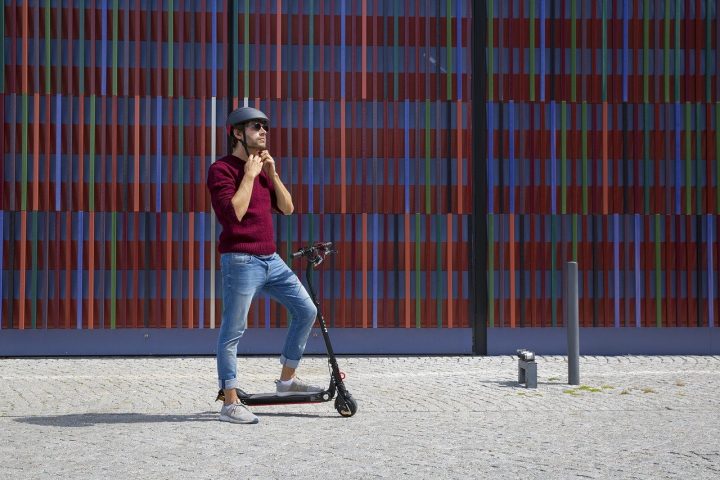 The new research identified 331 patients with e-scooter-related injuries who were admitted to the accident and emergency department in Tampere, a city of some 226,000 people in Finland, between April 2019 and April 2021.

Data from scooter rental companies operating in the Finnish city revealed that e-scooter riders took over 1.8 million trips during that period, meaning there were roughly 18 emergency room admissions per 100,000 rides or 7.3 per 100,000 km ridden.

While comparable figures are scarce, this rate is much higher than previously estimated injury rates for other modes of transport including walking, cycling and motorcycling, the study’s lead author, orthopaedic surgeon Aleksi Reito, told the news channel Euronews.

“Based on these estimates it seems that e-scooter injuries have higher incidence compared to other modes of transportation,” he said.

Another study identified injury rates of 2.3 per 100,000 km for cyclists in Australia, while British government figures put the numbers at 0.3 cyclist injuries per 100,000 km and 0.11 for pedestrians.

“Some limitations of generalisability of course exist, such as the traffic culture and traffic safety in Finland compared to other countries. But I would say that in general our study provides a good first-of-a-kind estimate of injury rates with e-scooters,” Reito said.

Over 60 per cent of patients in Tampere were men, with around 51 per cent found to have been under the influence of alcohol or other substances when the injury occurred. The most common injuries were to the head or face, the study found.

“Almost half of the patients were admitted between midnight and 6 AM. Hence, the typical patient was a drunken male driving at night,” Reito told Euronews.

The findings corroborate what many city authorities already knew.

Electric scooters face a crackdown in Sweden after accidents and problem parking.

In September, authorities in Finland’s capital Helsinki banned e-scooter rentals after midnight on weekends, while in November councillors in Stockholm voted to slash the number of rental scooters available in the city.

While the researchers were not able to tell whether patients were injured riding rental e-scooters or their own personal electric vehicles, the likelihood is that the vast majority were riding scooters rented on the street, Reito said.

“I hope it affects how companies plan their safety measures with e-scooters,” he said.

“Urban transportation evolves and I think e-scooters are here to stay. But whether they need to be available at nights and after bar closing times is worthy of discussion,” he added.