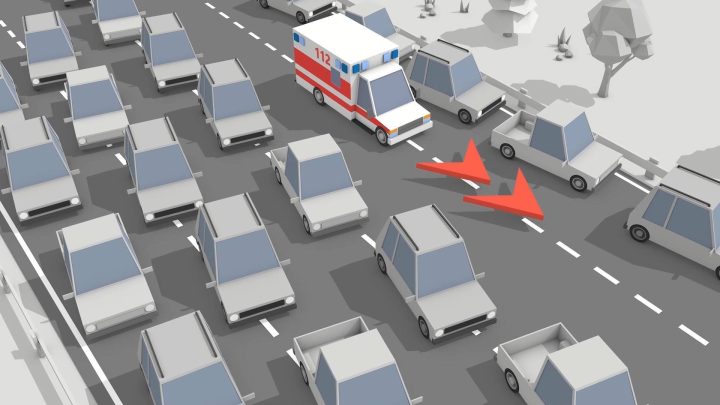 Belgium will be the ninth EU country to implement the emergency corridor system to enable emergency response teams faster access to crash sites when a new requirement comes into force on 1 October.  The news was reported in July by Flemish news channel VRT.

The system, which has been shown to reduce response times by 4 minutes, and increase survival rates by 40%, is already used in Austria, the Czech Republic, Germany, Hungary, Luxembourg, Poland, Slovenia and Switzerland.

The system was a focus of ETSC’s REVIVE project on improving post-collision response and was presented at a number of the project’s meetings of international experts.  An ETSC video explaining the system was also seen by more than half a million people on the Facebook social media platform.