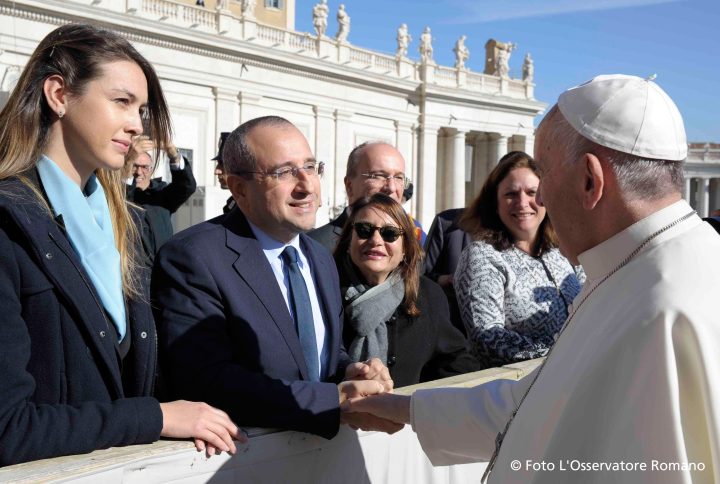 ETSC Executive Director Antonio Avenoso and Project Manager Francesca Podda met His Holiness Pope Francis at the Vatican today. Mr Avenoso expressed to His Holiness the scale of the impact of road deaths and serious injuries on millions of families in Europe and around the world and stressed the importance of continued efforts to improve road safety.

“It was a great honour to meet His Holiness Pope Francis. Road deaths and serious injuries devastate the lives of millions in Europe and around the world. We hope that His Holiness will encourage the people and politicians he meets to do more to prevent this suffering.”

26,000 people died on European roads last year, with 1.25 million losing their lives globally.  Many more were seriously injured. ETSC is calling on the European Union to introduce a target to reduce serious injuries in line with its target to halve road deaths by 2020.

Last year, the United Nations backed a formal target to cut road deaths and injuries worldwide by half by 2020 as part of its programme of Sustainable Development Goals.

More than 90 per cent of road deaths occur in low-income and middle-income countries, which have less than half of the world’s vehicles.