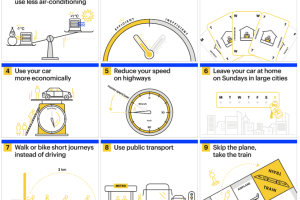 European Commission and IEA call for lower speeds on highways

The International Energy Agency and the European Commission have outlined a range of simple steps that people can take to reduce their energy use and save money, and that would save enough oil to fill 120 super tankers and enough natural gas to heat almost 20 million homes if adopted by all EU citizens.  The measures include the suggestion to reduce highway speeds, and to walk and cycle or take […]

Emmanuel Barbe, the outgoing French road safety chief, says 336 deaths were prevented over the 18-month period since the introduction of a lower 80 km/h on single-carriageway rural roads in France. Mr Barbe also criticised the “shameful” vandalism that led to large numbers of speed cameras being put out of action by the yellow vest movement.  Without that damage, the figures for deaths prevented would have been higher, he said. […]