This map shows the European countries (in green) that currently have alcohol interlock rehabilitation programmes as an alternative to driving bans. Click on each country for more detailed information on how each national implementation works.

Drink Driving as the Commonest Drug Driving – A Perspective from Europe

Across Europe, about 50 people each year per million population are killed in road traffic and about five times as many are seriously injured, consumption of alcohol is high by global standards, and a widely quoted estimate is that about a quarter of the road deaths are related to drink driving. The more than half a century since evidence from the USA made it irrefutable that drink driving increases the […] 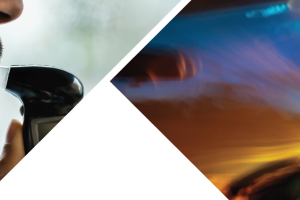 7 December 2020 – Safe and Sober Webinar : An overview of current and forthcoming alcohol interlock programmes in Europe

Safe and Sober Webinar An overview of current and forthcoming alcohol interlock programmes in Europe Online event : Monday 7 December 2020, 15:30 – 16:45 CET The European Transport Safety Council hold a Safe and Sober webinar on 7 December. This online event featured the launch of our new report  on alcohol interlock programmes in Europe and national experts from Belgium, Finland, France and Sweden shared their experiences. Driving under […]

Collisions caused by drink-drivers who only use alcohol, and drug drivers differ in terms of timing and types of accidents and it is common for drug users to use several intoxicants at the same time according to new research by the Finnish Crash Data Institute (OTI), an ETSC member. The latest OTI substance abuse report looked at fatal collisions investigated in Finland over the period 2014–2018 and drivers who had […]

The Dutch alcohol interlock programme was twice as effective as other sanctions at reducing recidivism, and the effects continued after participation in the scheme, according to new research by the Dutch Ministry of Justice research centre (WODC). According to the researchers, 4% of those who followed the programme were re-convicted of a drink-driving offence within two years, compared to 8% for a control group who faced other sanctions. An education […]