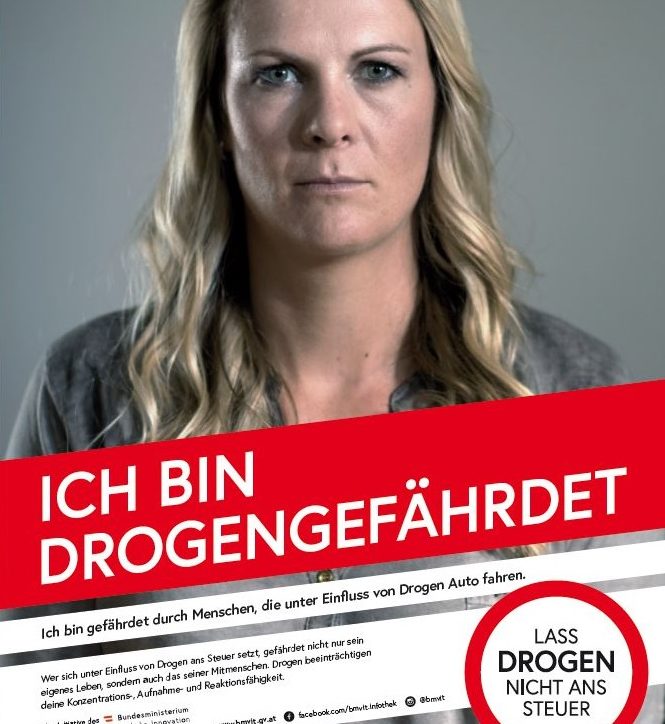 The Austrian Ministry of Transport has said that drug drivers are becoming an ever greater danger in road traffic. A new government-sponsored campaign has been launched to raise awareness.  Meanwhile KFV, ETSC’s Austrian member is trialling new saliva test technology to improve the efficiency of enforcement.

An opinion survey for KFV found that approximately 4% of Austrians have driven a vehicle under the influence of illegal drugs.  The number of drug drivers caught has also risen. In 2017, 2192 people were found driving under the influence of drugs. By the end of August 2018 there had already been “almost 2000 reports”, according to the Interior Minister Herbert Kickl.

According to KFV, in 2016, 22 percent of all road deaths were in collisions “where at least one of the participants had consumed drugs”.

The new communications campaign, focussing on how drug drivers put others in danger, began in October and will run for ten months.  The focus is on social media and cinema ads aimed at men up to the age of 40 – considered to be the main target group.